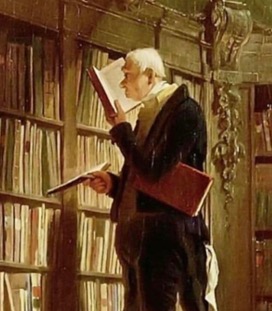 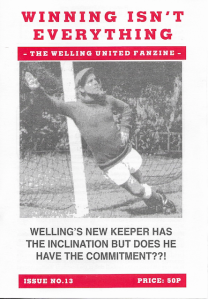 WIE 13 came out in March 1995 and was a 24-page issue. My editorial reflected on the team’s recent form, which had included a 5-1 home defeat to Bath City (with our keeper Andy Hopping playing with a cracked shoulder-blade), a 3-0 defeat away at Ilkeston Town in the FA Trophy, and a 4-1 win over Dagenham and Redbridge. Unsurprisingly I was a little unhappy with Terry Robbins’ efforts as manager.

Below we have reproduced the article from an unnamed contributor – but, being honest, it’s probably Tim – which recounts how the club got it’s, er, beloved nickname of The Wings. And we also bring you a scan of a “competition” we ran; for that read “we were just being clever”. But it made us smile.

Another unnamed correspondent recounted their experience of going to the 4-3 away defeat at Kettering and the aforementioned defeat at Ilkeston, which occurred over a joyous three-day period. To lighten the mood, White Socks provided a short multiple choice that would have helped you see things from the manager’s perspective while Tim decided it was “time to give the old WIE treatment to Dartford FC”. Isn’t it always time?!

We then had an account of the joys of watching Premier League football with another unnamed correspondent’s tale of going to Wimbledon v Leeds United. And what a wonderful time they had watching a high quality 0-0 draw. Or something. Tim then shared the joys of watching the Wings reserves play against Gillingham’s stiffs in the Capital League at Priestfield in front of a fervent crowd of around 150. And, sadly, I think I remember going with him. Anyway, we taught the Gills a footballing lesson, of course, as we returned with an 8-1 defeat.

Terry’s article entitled “Beware of the Strange Breed” provided some handy tips for spotting and avoiding groundhoppers. He was so knowledgeable he could well have been one himself…

The issue came to its conclusion with a German subscriber’s report of his first visit to PVR for the 2-1 win against Yeovil and Terry expanded on the possibility for including a celebrity in the team following Gillingham’s experiment where they brought in Wolf from Gladiators in their reserve team. Unfortunately he didn’t feature in our earlier debacle. Readers’ letters and our end of season questionnaire rounded things off.

What’s in a name?

“Come on you Wings” comes the cry from the motley band standing behind the goal, in a futile attempt to inspire their heroes to venture as far as the opposition half. The Wings??? What sort of a nickname is that? After an extensive investigation by your WIE staff, the truth behind the name can now be revealed.

Like many things that are crap and inappropriate, Welling’s nickname was designed by a committee. In this case it was the (now defunct) Welling United Supporters Association that did the work, who, being appalled by the paucity of imagination shown up to that time (we were called “Reds” or “United” in the non-league handbooks of the early 1980s) set out to put matters right.

Now, choosing a shiny new nickname is not as easy as it may seem. Particularly in a place with as much excitement, history and character as Welling. For, let’s face it, Welling hasn’t got an awful lot going for it, has it? It was formerly a heath through which ran the London to Dover road, but nowadays there is no more heath, just lots and lots of houses. And some pubs. And romantic Welling Corner. With that cannon. And some traffic lights. And that fortified bookshop. And that’s about it.

Still, our intrepid committee were more than prepared to devote several hours to the problem, and before long a healthy shortlist had been prepared. So how do you feel about these then? “The Parksiders”. Yep, our ground is next to a park. Well spotted. Next please. “The Parkviewers”. Yep, we play at Park View Road. Not quite as imaginative as “Parksiders”, but good, solid, functional. If not utterly dull. “The Highwaymen”. Ah, a clever one. Alluding back to Welling’s sordid and mysterious past when villains of the night plied their trade on Shooters Hill. Which is quite near Welling. “The Bubonic Plaguers”. A somewhat facetious repost to the “Highwaymen” referring to the fact that there is a large plague pit under Blackheath, which is also quite near Welling. “The Reds”. One to win the conservative vote. It had served us well in the past, so why bother to change it? “United”. But surely that’s our name, isn’t it? “The Wellies”. Ah, a personal favourite. A big boot could have been incorporated into a new club badge, as a counterbalance to the subtle skills displayed by our players on the field of play. If only.

None of the above were deemed acceptable, so after a quick foray through the animal kingdom, where it was discovered that most of the good ones had already been claimed – Lions, Tigers, Foxes, and, erm, Fish and Ducks (but not Aardvarks) – the committee was on the verge of admitting defeat.

Cometh the hour, cometh the man. “I’ve noticed that if you take the E and the two Ls out of Welling”, said the man with the dodgy perm, “you get left with WING. We could call ourselves the Wings. Then we could take the Kent horse, put some Wings on it, and we’ve got ourselves a club emblem.”

“But that’s utterly shit” exclaimed the rest of the committee.

“Got any better ideas?” retorted he of the perm (who later became a Jehovah’s Witness).

But they didn’t, and so Welling became “The Wings”, and have subjected to crap newspaper headlines, “WINGS FLYING HIGH”, “WINGS FALL OFF” ever since.

Mysteriously none of the rest of the Conference have adopted our exciting alphabetical method of choosing a nickname. But if they had, how much more peaceful would our Boxing Day games be against the Doves of Dover? And could the Elves of Telford sustain their fine reputation as a bunch of northern cloggers?

There would also be two “Kings” of the Conference, a name surely most appropriate for the humble and modest Woking and, again, unsuitable for Kettering who can never reach beyond second in line to the throne. As for Yeovil, they would be just plain Evil. Which somehow sort of fits. 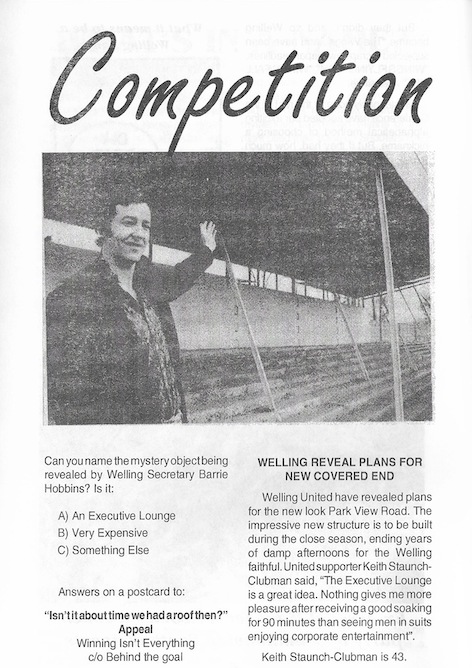